A Night at the Theater – a Tribute to Queen 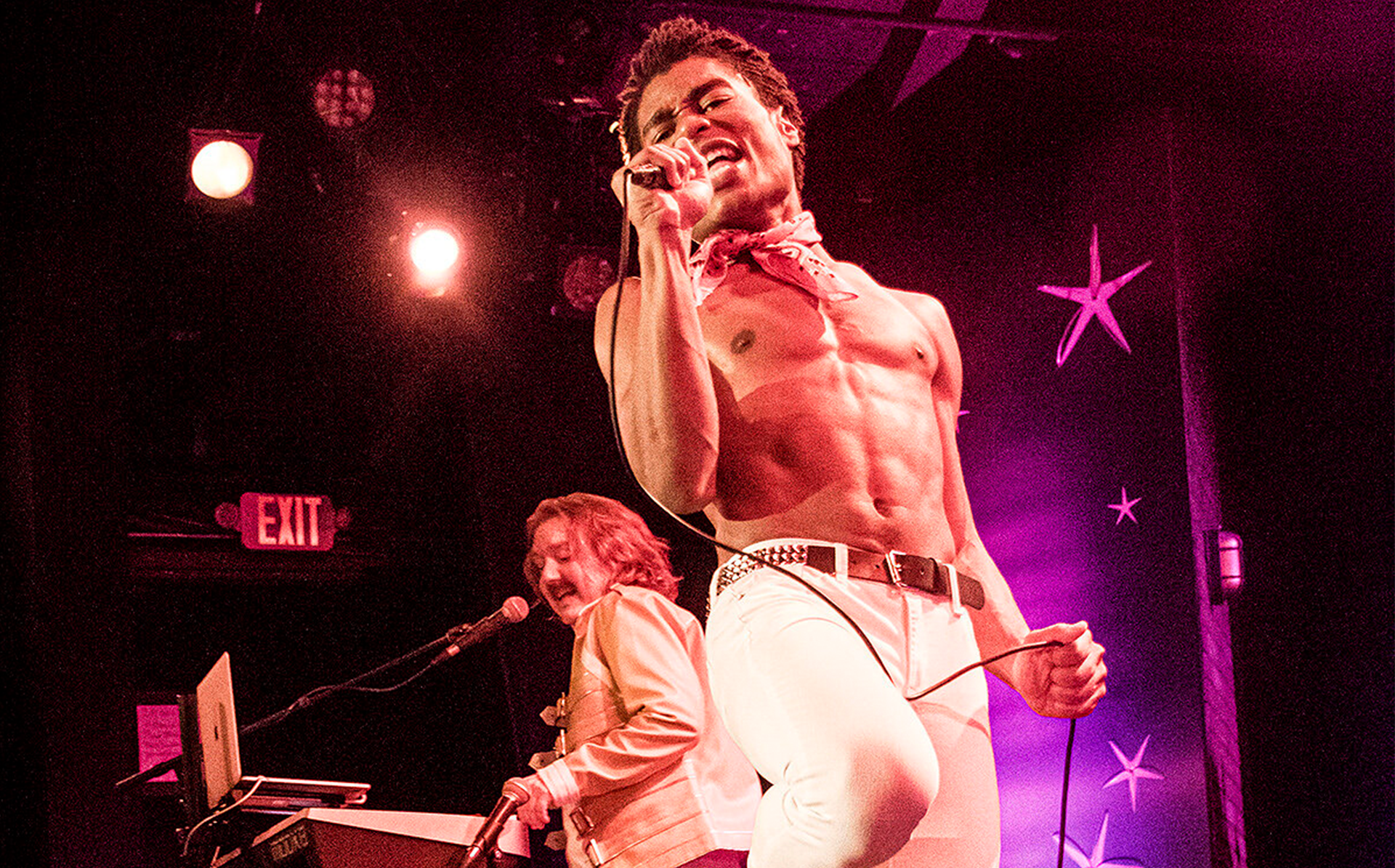 This tribute show offers glorious vocals with multiple singers and blazing guitar solos. Queen has rocked us over the years with their chart-topping hits and bountiful b-sides – and JJHOF is here to keep it all alive. The core band (Jonny James, Andy, Mike, and Matt) is joined by the ridiculously talented Ben Bakken and Brianna Graham. They are dedicated to bringing you all the energy, extravagance, and rock, all inspired by Queen. Features hits like “Another One Bites the Dust,” “Don’t Stop Me Now,” “Somebody to Love,” “We Will Rock You” and more.

Jonny James and the Hall of Fames met at music college around 2006. They’ve made records and played countless shows around the Midwest. Even this one time on a beach in Tobago. In a world of short-lived, volatile bands, they’ve been together longer than the Beatles. Lately, they’ve been performing stellar tribute shows of their favorite bands and albums. Because it’s fun and they can. Really well. These shows have included, “The Song Remains the Same, A Tribute to Led Zeppelin”, “The Abbey Road Show” (Beatles), and “Dark Side of the Moon, and Other Floydian Tales”.

They’ve recently added, “A Night at the Theater, A Tribute to Queen”. These shows have been selling out theaters all around the Twin Cities. They even had the Queen show idea before the 2018 movie came out.

Jonny James and the Hall of Fames
Email:
https://www.jjhofband.com/show-dates

Jonny James and the Hall of Fames
Email:
https://www.jjhofband.com/show-dates