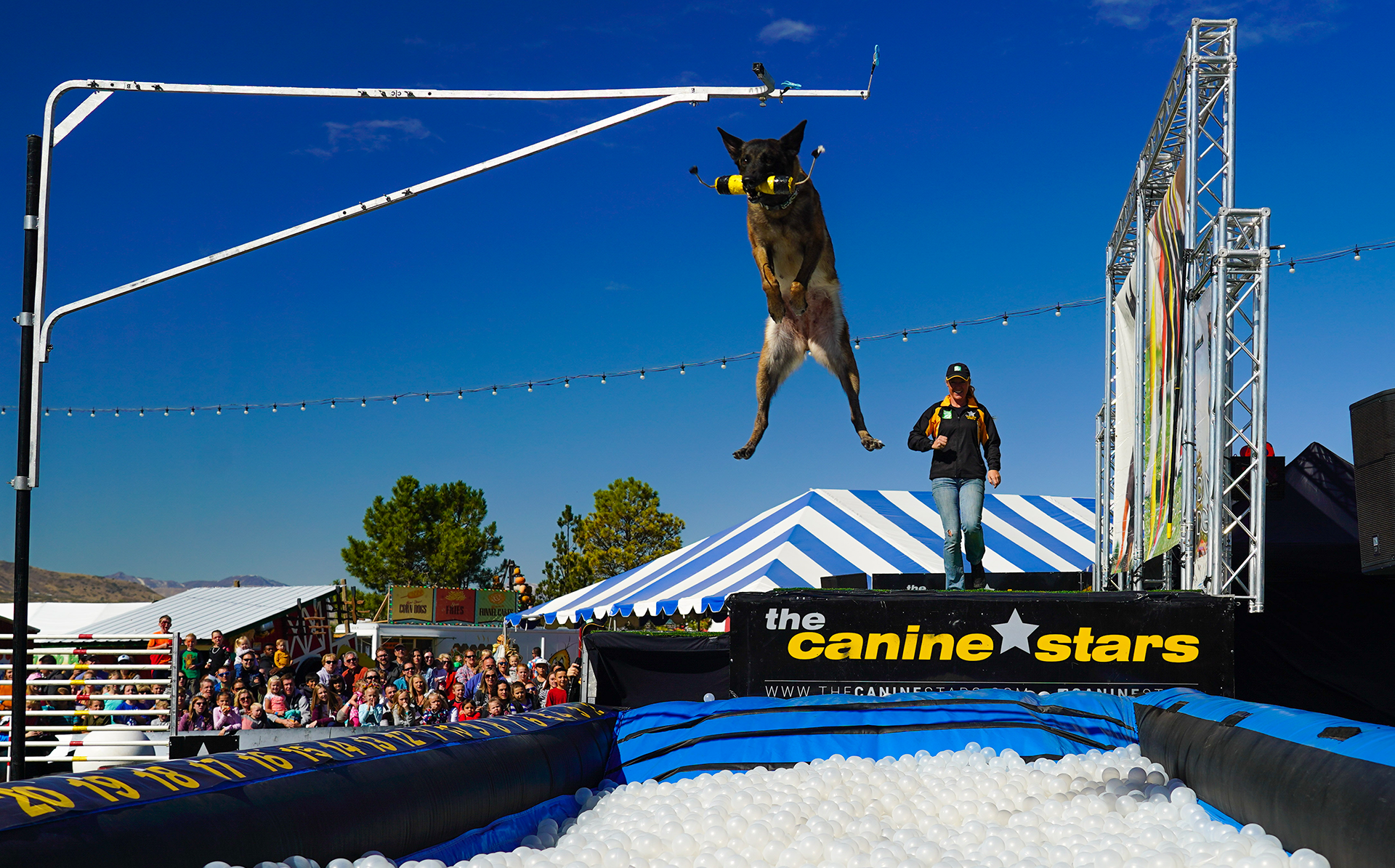 The Canine Stars’ mission is to inspire people worldwide to rescue and adopt their next dog.

The Canine Stars educational entertainment act features a world-class team of dog trainers and their adopted dogs from the U.S., Canada, Mexico, The Netherlands and South Korea.  Touring North American since 2012.

The Canine Stars is led by Keri Caraher (President) and Ethan Wilhelm (Vice President). Keri & Ethan are the emcees of The Canine Stars shows, as well as lead performers, drivers, laborers, and pooper scoopers. They have created the productions from start to finish, from every aspect.

Both started their performance careers in early 2000’s. Keri and Ethan toured with the top stunt dog shows in North America: The Superdogs, K9s In Flight, CoolDog Productions and JUMP! The Ultimate Dog Show.

After a decade of professional performing, in 2012 they developed The Canine Stars to broaden their audience. The Canine Stars’ mission is to inspire people worldwide to rescue and adopt their next dog.

The Canine Stars Team of Dog Trainers all own and love their individual pet dogs that they perform with. They all started as “normal” pet owners who started competing in dog sports with their best friend, and now they enjoy performing professionally on our tour.

The Canine Stars launched our Youth Mentorship Program in 2020, open to youth dog trainers ages 12-18.  We held a worldwide competition to audition for our program at #FutureCanineStar. We were so overwhelmed with youth applicants that we opened up our online Stunt Dog School specifically to help educate and encourage young dog trainers around the world.

This event has family pricing: