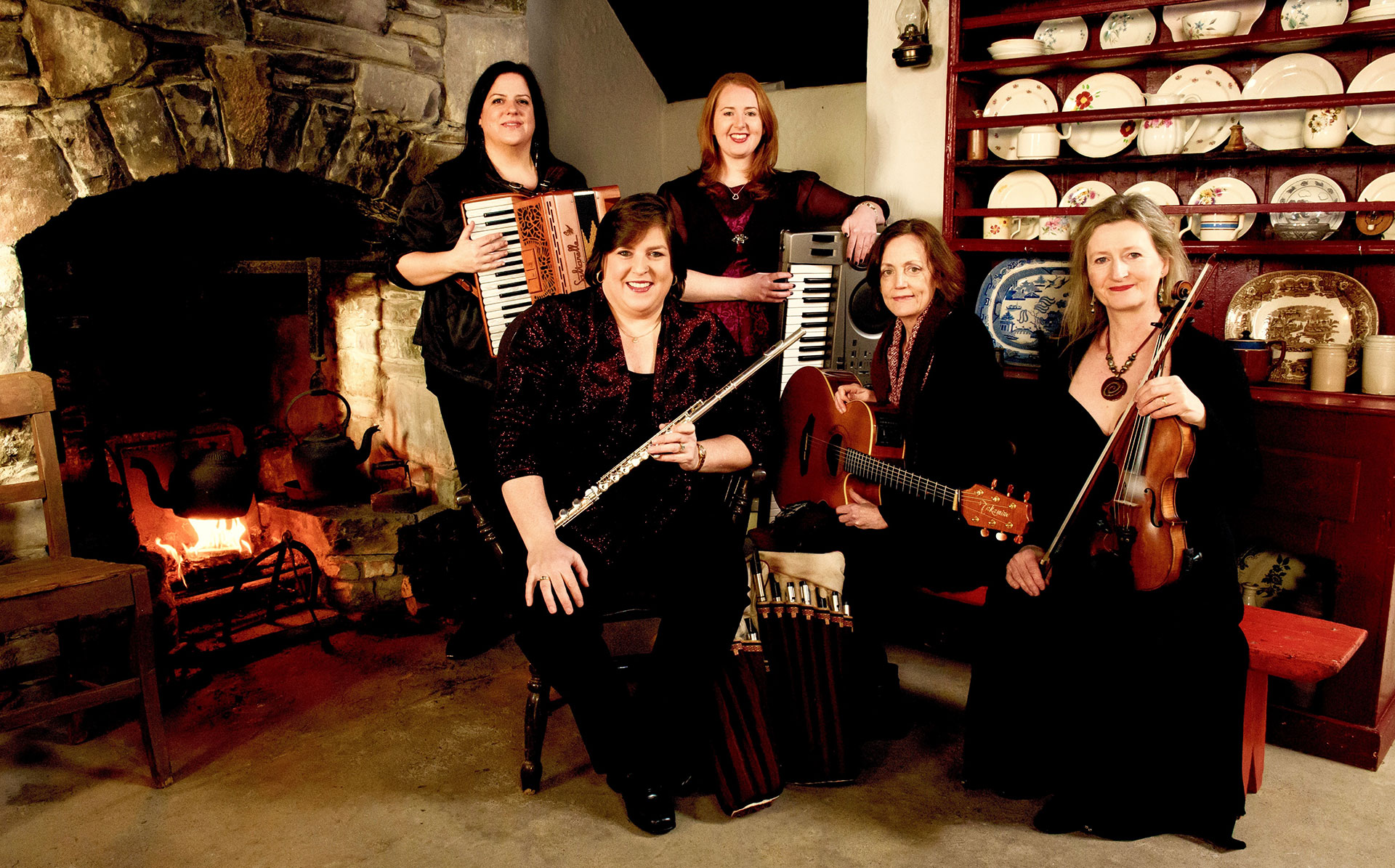 Cherish The Ladies, one of the most engaging and successful ensembles in the history of Celtic music celebrate the holidays with a spirited performance filled with classic Christmas carols intermingled with beautiful celtic instrumentals, outstanding vocals harmonies and spectacular stepdancing.

This Grammy Award-nominated Irish-American supergroup is one of the finest ensembles on the planet and this year’s show marks 35 years since their debut on a New York stage where they boldly challenged the male domination of their musical genre.  They have shared timeless Irish traditions and good cheer with audiences worldwide where they’ve brought their signature blend of virtuosic instrumental talents, beautiful vocals, and stunning step dancing around the globe from the White House to the Olympics.  Along the way, they have recorded a staggering 17 critically acclaimed albums including three Christmas albums; “A Star in the East”, Christmas in Ireland” and their debut Christmas album, “On Christmas Night”, named one of the top 10 Christmas albums of the year by the New York Times.

The Washington Post praises their ‘astonishing array of virtuosity’, and the Boston Globe proclaimed, “It is simply impossible to imagine an audience that wouldn’t enjoy what they do!” These ladies embrace the timeless gift of music that was passed down to them through the generations from their fathers. ‘It was the greatest gift they could give us,’ says bandleader Joanie Madden. ‘We’re carrying on the music and legacy of our fathers.’

MENU FOR THE PRE SHOW MEAL