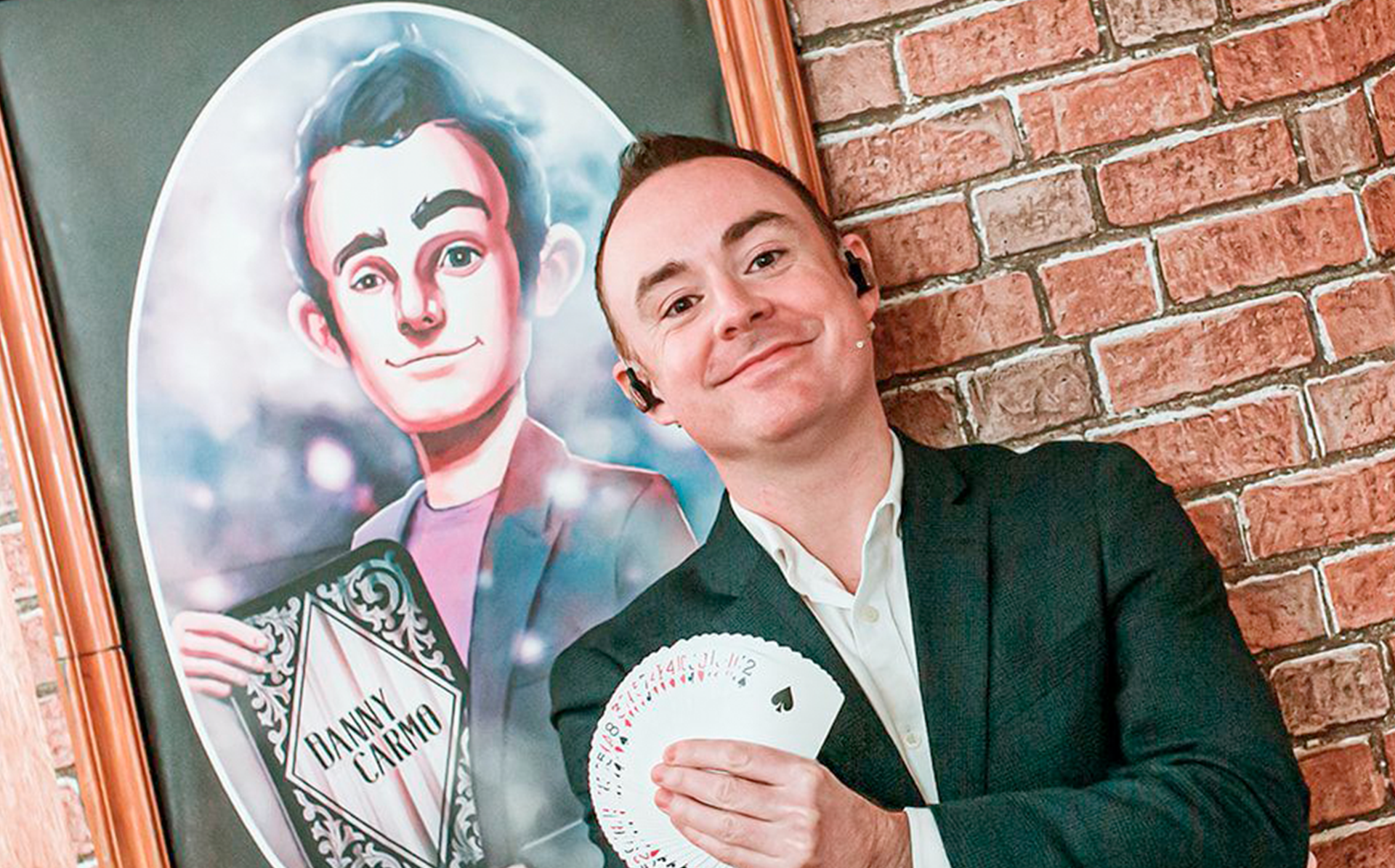 Prepare to be amazed, dazzled & bewildered by Cahoots’ mind-blowing production Danny Carmo’s Mathematical Mysteries- a spectacular show where math, theatre and digital technology collide to create a fun and interactive performance proving that understanding math can be fun!

Meet Danny Carmo. It’s not so long ago that he thought school and, in particular, math wasn’t for him. He was more interested in dreaming about a future on the stage and perhaps the big screen…all he ever wanted to be was a famous magician! But, when Danny knuckled down to learn all the tricks of the trade he realized that math was not only essential, but was the SECRET to a whole load of magic! Danny Carmo’s Mathematical Mysteries has been developed with schools and features key curriculum connections for an elementary school audience, from Cahoots, the award-winning makers of The University of Wonder & Imagination Lights! Camera! Math! and Secrets of Space.