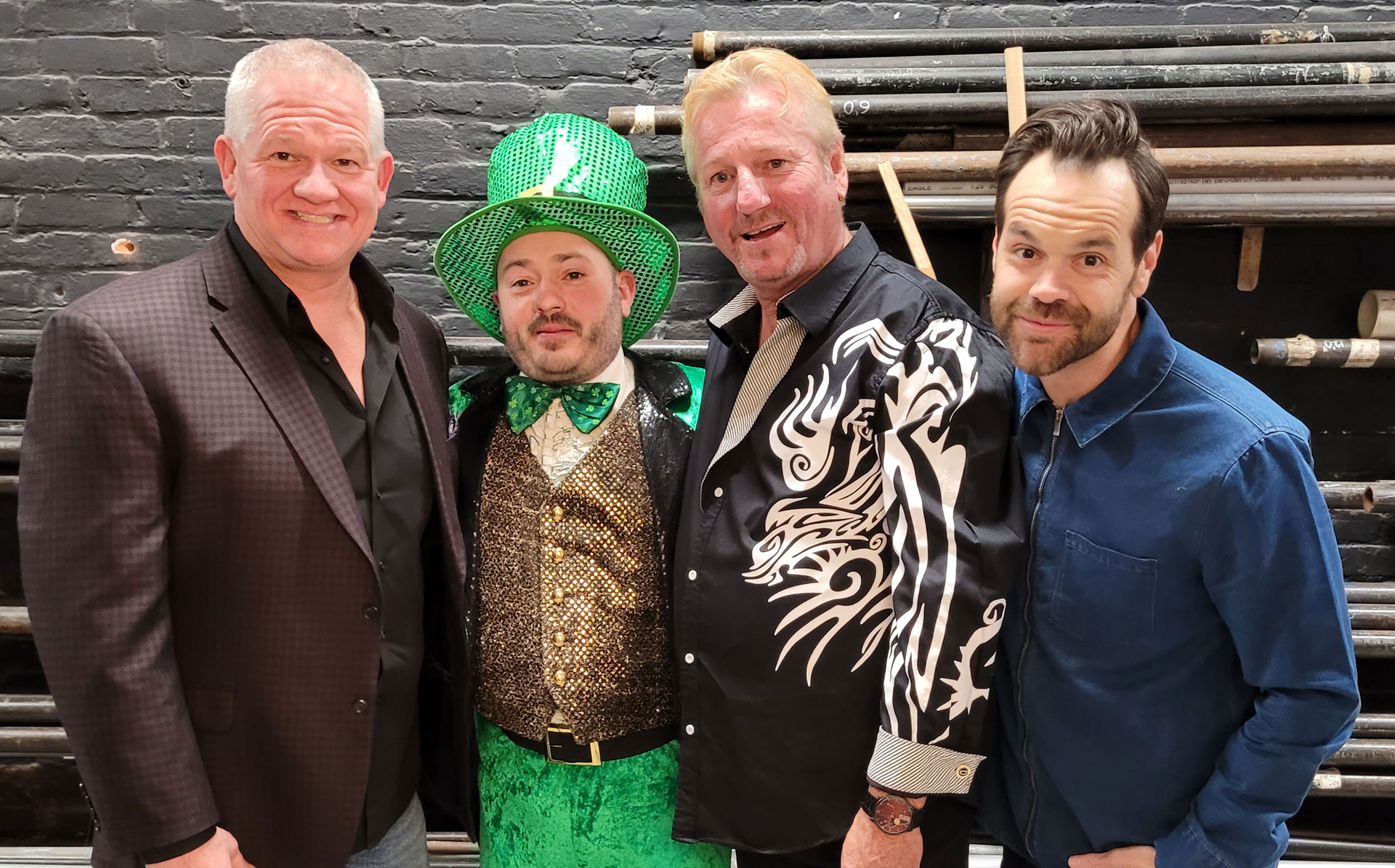 The Irish Comedy Tour takes the party atmosphere of a Dublin pub and combines it with a boisterous, belly-laugh band of hooligans

Audiences howl at Richards’ tales about his child free existence, living in Las Vegas and his blue collar upbringing . He has appeared on Amazon Prime, The Bob & Tom Show, SiriusXM, and The Weather Channel’s Top 10. He just released his fourth album, Double Down, available on iTunes, Spotify and Soundcloud.

Leibert’s unique and energetic style of fiddle playing lies somewhere between the driving dance beat of Cape Breton, and the lyrical music of Ireland. His power packed performance adds an incredible dimension to the show.

Keane, originally from Inchicore, Derrick first distinguished himself musically when the duo in which he sang and played swept the All Ireland Talent Competition. His band, Inchicore, sets the gold standard for the Irish music scene in New England and across North America. A brilliant voice and razor sharp wit make him a huge hit on the tour.

And finally, Malone, with his blistering humor that focuses on breaking down the idiotic ways we deal with life, death, love, and grief. An absolute hammer of a comedian seen on Fox, Comedy Central, Showtime and HULU. Watch his special, Laugh After Death.

Don’t miss these hilarious Irish-American comedians as they tear apart as well as validate all of the Irish myths and stereotypes.