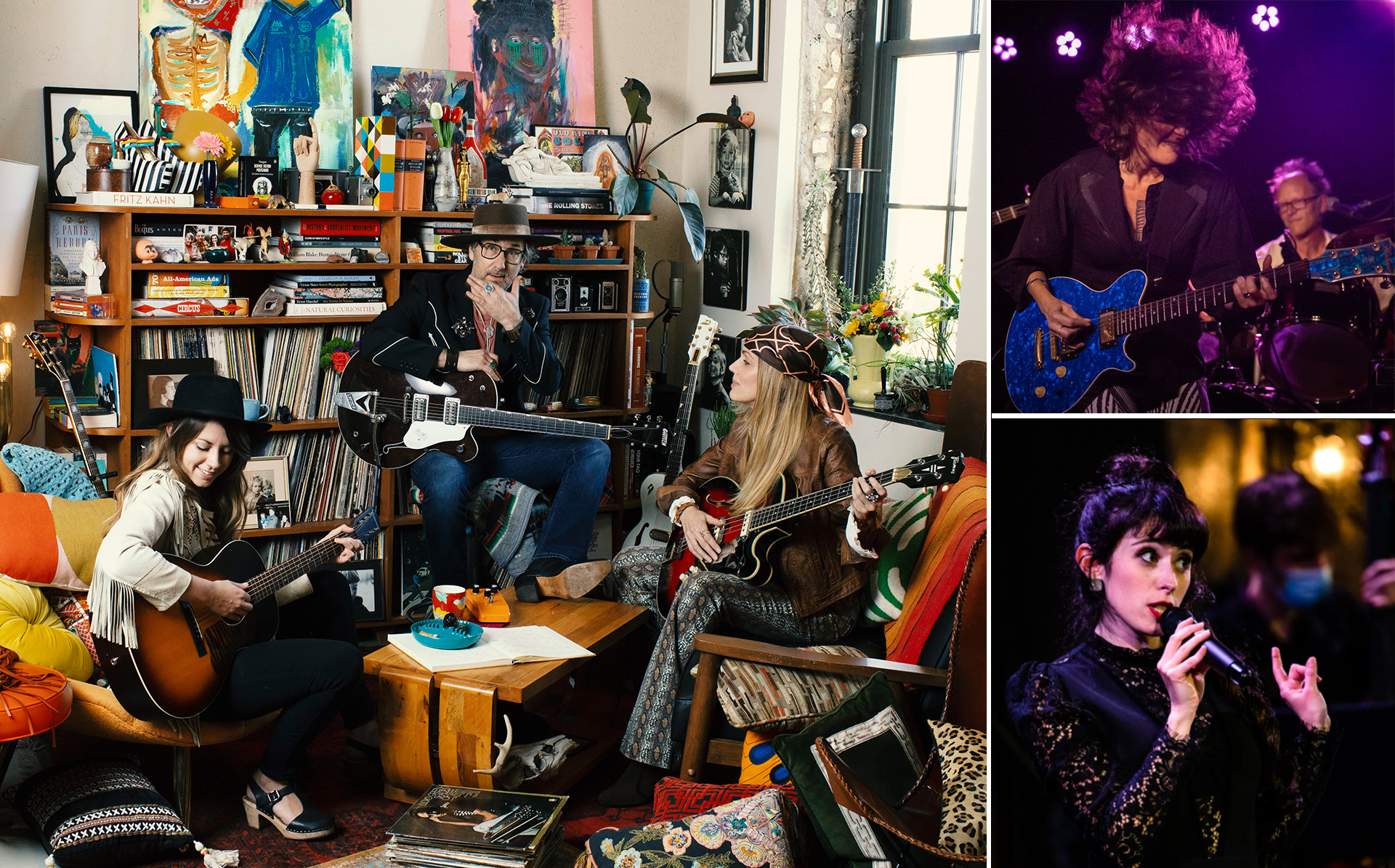 with guests: Annie & the Bang Bang and Leslie Vincent

Members Adam Levy (guitar, vocals), Savannah Smith (guitar, vocals) and Barb Brynstad (bass, vocals) are all mainstays of the Minnesota music scene and together craft an infectious, pop-infused Americana. Adam Levy is regarded in the U.S. and abroad as a gifted multi-instrumentalist and singer, whose songwriting captures “the zeitgeist of our time” (Paste). He has led numerous musical projects in multiple genres for the past 20+ years and is widely known as the leader and founding member of the Minnesota based alt-rock band The Honeydogs. Singer-songwriter Savannah Smith has been charming audiences in Eau Claire and Minneapolis for the better part of a decade with her dreamy, introspective material. Her evocative performances showcase a seasoned musical intelligence that belies her age. Also a veteran of the Twin Cities music scene, Barb Brynstad is a singer, bassist and guitarist who has collaborated on theater and dance projects and played with some of the top blues, folk, and pop acts, including Willie Murphy, Chastity Brown and Tina Schlieske.

Together, they are Turn Turn Turn.

A Minneapolis rock band fronted and founded by fight director, songwriter, and guitarist Annie Enneking. All multi-disciplined artists, they genre hop from dreamy folk-pop to late sixties rock to swampy psychedelic grooves, crafting musical gems that value energy, animal intelligence, poetry, and mischief. Annie believes songwriting is an act of spiritual archeology and so sifts through words to find bones of song, telling stories about being a person in a world full of complicated people. She relies on the artistry and thick invention of the Bang Bangs: the stacked chording and “just what the song wants” guitar of John Riedlinger, the lead-with-the-heart bass monster that is Kari Tweiten, and the heavy adventure and sharp-corner-turning drums of Mike Kittel.

Andrea Swenson says “Front woman Annie Enneking leads the group with an honest voice dedicated to telling the stories of underdogs and unsung heroes.” Their latest offering, WALKIE TALKIE, is a highly praised love letter to music. Beach Sloth says: “…they tap into a purely physical force. Interplay of the band proves to be exceptional, for their sound feels absolutely timeless,” and notes the band’s “gleeful abandon, and a wild feral energy.”

In addition to playing regularly in their hometown of Minneapolis, they embark on touring adventures throughout the Midwest and Colorado with their tiny trailer and trusty band mascot “Bun Bun,” a plastic light up rabbit rescued from the trash the day before one of their many tours.

Known for her “trademark wit, soulful vocals, and riveting aural and stage presence” (Twin Cities Arts Reader), Leslie Vincent exists as a cross between Amy Winehouse and Madeleine Peyroux with a lot of personality.

Leslie Vincent is a jazz and Great American Songbook singer, described as a cross between Amy Winehouse and Madeleine Peyroux. On the brink of releasing her second album, Leslie is cementing her place as a creator and musician in the Minneapolis scene.

Originally an actor, Leslie spent years cultivating a theatre career before meeting George Maurer, a renowned jazz pianist who encouraged her to pursue jazz after collaborating together on a musical. Soon after, she embarked on a music career, including a two-year cabaret residency at the Troubadour Wine Bar, and sold-out performances around Minneapolis and St. Paul.

In 2020, she released her debut album These Foolish Things, timeless jazz classics arranged by Maurer. The release led to a feature on the cover of Lavender Magazine and a sold-out album release show at Crooners — one of the premier jazz venues in the Midwest.

Since then, she’s emerged as a celebrated local artist performing at kj’s hideaway, Crooners, Icehouse, and the Granada Theater, garnering the attention of Jazz.88 and becoming a regular in-studio guest.