Part singer-songwriter, part rock band, Reina Del Cid is at the intersection of lyrical storytelling, catchy riffs, and scorching solos. Reina del Cid is a singer-songwriter and leader of the eponymous folk rock band based in Minnesota. Her song-a-week video series, Sunday Mornings with Reina del Cid, has amassed 24 million views on YouTube and collected a diverse following made up of everyone from jam heads to college students to white-haired intelligentsia. In 2011 she began collaborating with Toni Lindgren, who is the lead guitarist on all three of Del Cid’s albums, as well as a frequent and much-beloved guest on the Sunday Morning videos.

The Caravan du Nord is a traveling showcase of Minnesota music, bringing top regional acts, emerging bands and music industry professionals to towns across Greater Minnesota for a weekend of workshops, networking, and performances. The event has been co-presented in Red Wing by the Sheldon Theatre for nine years. Sponsored by 89.3 The Current, the fall tour has presented more than 200 artists to audiences totaling more than 10,000. The Caravan du Nord is an ongoing project of the Minnesota Music Coalition. 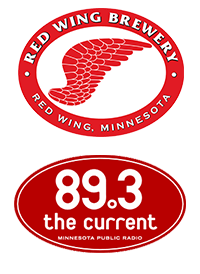