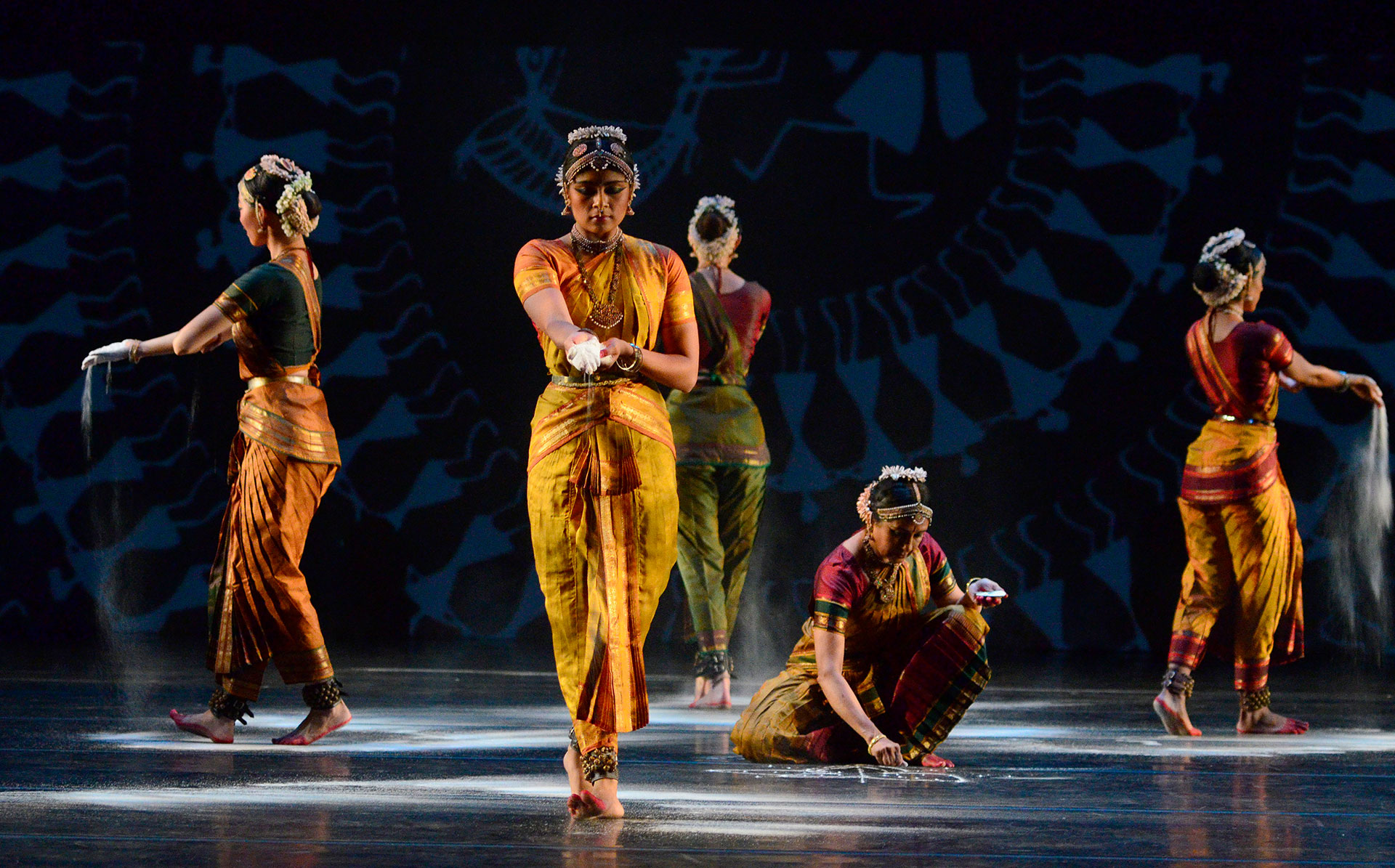 Sacred Earth explores the interconnectedness between human emotions and the environment that shapes them. Accompanied by live music, the dancers create a sacred space to honor the divinity in the natural world and the sustenance we derive from it.

Inspired by the philosophies behind the ephemeral arts of Kolam and Warli painting and the Tamil Sangam literature of India, Sacred Earth is co-Artistic Directors Ranee and Aparna Ramaswamy’s singular vision of the beautiful, fragile relationship between nature and man.

Ragamala Dance Company was founded in 1992 by Ranee Ramaswamy. Now under the direction of Ranee and Aparna Ramaswamy (mother and daughter), the company is in its 26th season of creating intercultural, collaborative performance works that forge together ancestry and continuity.

Thematically, they explore the myth and spirituality of their Indian heritage in order to engage with what they see as the dynamic tension between the historical, the ancestral, and the personal. They approach the South Indian dance form of Bharatanatyam as a living, breathing language with which to speak about the contemporary human experience.