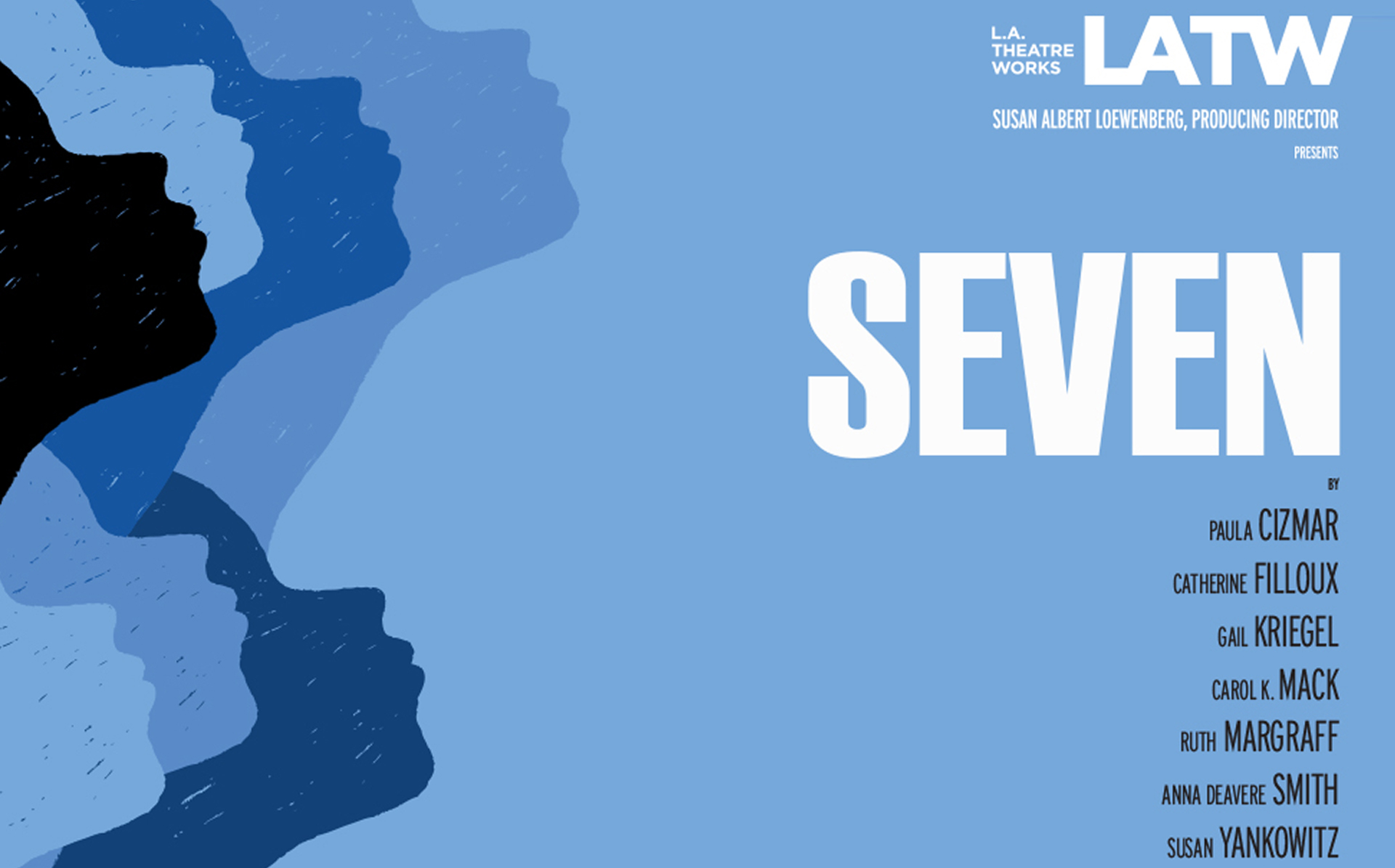 Seven women give voice to the voiceless. A riveting documentary play.

“SEVEN emphasizes the truth that the dignity and rights of women are essential to every culture around the globe.” – Audiofile Magazine

SEVEN is a riveting play, performed in radio drama style, by seven female writers based on personal interviews with seven remarkable women who faced life-threatening obstacles before bringing heroic changes to their home countries of Pakistan, Nigeria, Ireland, Afghanistan, Guatemala, Russia and Cambodia.

Playwrights Carol K. Mack (who conceived the play), Anna Deavere Smith, Paula Cizmar, Catherine Filloux, Gail Kriegel, Ruth Margraff, and Susan Yankowitz collaborated to create a tapestry of stories that weave together the words of these women, dramatizing their struggles and triumphs over resistance, death threats, entrenched norms and pervasive violence. Since the premiere in 2008, the piece has been translated into 27 languages and performed worldwide in over 30 countries, sharing with an international audience these inspiring tales of bravery and perseverance.

SEVEN makes the powerful and timeless statement that even in the darkest times, one person, one voice, and a single act of courage, can change the lives of thousands.

SEVEN was created with the support of the Vital Voices Global Partnership, the preeminent non-governmental organization (NGO) that identifies, trains and empowers extraordinary women around the world by unleashing their leadership potential to transform lives and accelerate peace and prosperity in their communities. These women have returned home to train and mentor more than 500,000 additional women and girls in their communities. They are the Vital Voices of our time.

LA Theatre Works has announced the cast for the national tour of SEVEN:

The extraordinary cast of film, television, and stage actresses includes Maritxell Carrero (Anabella De Leon) who was lead actress in the Peter Sellars opera The Indian Queen- performed at the English National Opera and the Bolshoi Theater. Her TV credits include Dame Chocolate and Bajo Las Riendas del Amor. Lovlee Carroll (Mukhtar Mai) has been seen on TV in Grey’s Anatomy, How to Get Away with Murder, and Scorpion and in the films Candy Corn, The Last Conception, and Await the Dawn.

The stage and television actress Tess Lina will play the role of Mu Sochua. Ms. Lina has a lengthy list of stage credits including those with The Guthrie Theatre, La Jolla Playhouse, and the Mark taper Forum. On television, she has been seen in House, How to get Away with Murder, Law and Order: Criminal Intent and others. Laila Ayad (Farida Azizi) has performed Off-Broadway and in the national tour of The Mystery of King Tut. On television, she has been seen in Scandal, Grey’s Anatomy, and others. The cast also includes the actresses Sarah Hollis (Hafsat Abiola-Costello), who has been in the films The Russian Doll and Kill Your Darlings and on television in The Unit and 24, Ellis Greer (Inez McCormack), and LA Theatre Works regular Shannon Holt (Marina Pisklakova-Parker). Ms. Holt’s long list of credits include roles for The Public Theatre and Trinity Rep and appearances on a wide range of TV series such as ER and Seinfeld.