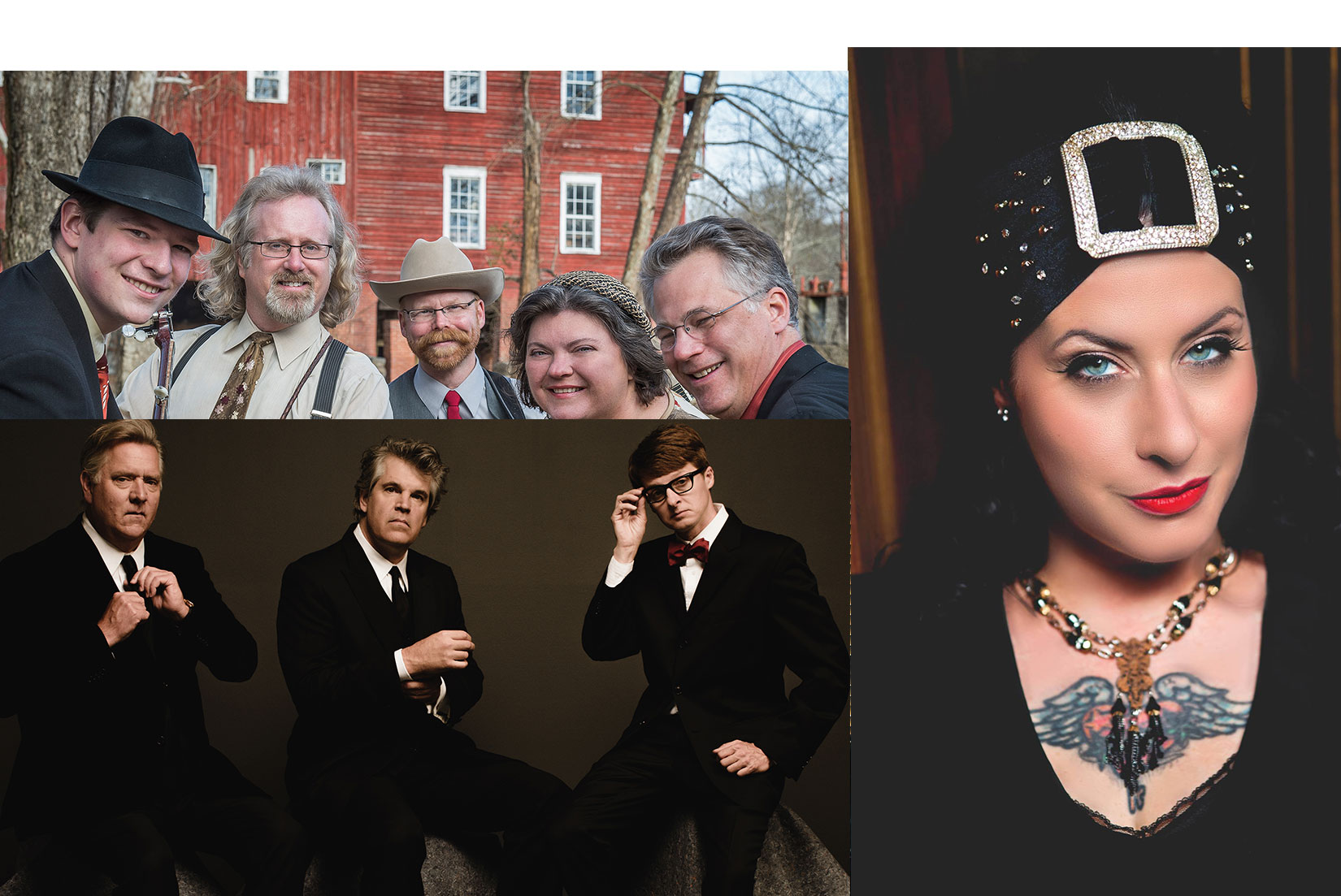 Rediscover Minnesota’s beloved Sheldon, as you experience it like never before. From 7 – 10 p.m. guests can hang out, house party style, including some which are out of the way, not normally open to the public. The new third-floor, the green room, restroom lobby, main lobby and more will be filled with Minnesota music, local food and the promise of fun and new memories. Featuring the musical talents of: Minnesota music legends The New Standards, blues-jazz favorites Davina and the Vagabonds and bluegrass royalty Monroe Crossing, plus Red Wing local music leaders Tony Cuchetti, and Mike Arturi with Tim Cheesebrow.

Musicians will each play multiple short sets in different spaces throughout the evening, encouraging guests to tour the building, moving casually on their own time from space to space.

Started as Minneapolis based musicians and friends Chan Poling (piano), Steve Roehm (vibes) and John Munson (bass), The New Standards (TNS) has grown into a musical adventure. All three are fans of great songwriting. Sensing a lack of an interesting jazz trio repertoire beyond the usual “old standards”, they got together originally to play and sing their favorite songs – from every era, particularly post 1960’s pop music – in a stripped-down acoustic setting, making room for solos and arrangements with the freedom of jazz, and yet never fully abandoning the modest soul of pop and rock.

Davina & the Vagabonds have created a stir on the national music scene with their high-energy live shows, level A musicianship, sharp-dressed professionalism, and Sowers’ commanding stage presence. With influences ranging from Fats Domino and the Preservation Hall Jazz Band to Aretha Franklin and Tom Waits, the band is converting audiences one show at a time, from Vancouver to Miami and across Europe.

Named in honor of Bill Monroe, “The Father of Bluegrass Music,” Monroe Crossing dazzles audiences with an electrifying blend of classic bluegrass, bluegrass gospel, and heartfelt originals. Their superb musicianship and on-stage rapport have entertained audiences across the United States, Canada and Europe.

Tim Cheesebrow has been performing for over 20 years. Using his degree in music composition from St. John’s University, five full-length solo albums, hundreds of shows performed annually, and an entrepreneurial spirit, he’s supporting a family of five with his lifelong passion for creating music. This foundation of experience allows him to help young people use songwriting to express themselves and promote wellness. Tim founded Discover Music, a nonprofit that teaches middle and high school students how to write their own music. Songwriting is academically rigorous, socially engaging, and spiritually healing. His students learn to create music as a healthy way to process emotions and discover who they truly are.

Like sages of old, calling down their muse from the mountains, Tony Cuchetti derives his spirit and creativity from an eclectic blend of folk, blues, country and americana. Compared to the likes of Johnny Cash, Waylon Jennings, Sturgill Simpson, Amos Lee, and Ray Lamontagne, Tony Cuchetti bleeds soul. Whether he is performing songs from his mentors, or his own original compositions, Tony leaves the listener with a deep sense of satisfaction for the power of simple yet provocative music. Tony has spent his life in and around music. He was born the eighth child of ten siblings in a very musical family. His family even traveled the country for fifteen years performing as a musical family act. It was through all of this that Tony gained his wide spectrum of musical tastes that would later help craft his own unique sound.