When I saw a notice this spring looking for a director for Urinetown, I thought that someone would have a great time leading a talented group of community artists on a funny show. I didn’t think it would be me. Then a Phoenix Theatre board member sent me the notice personally. I considered it but still didn’t think it would be me. However, the thought of spending time at home directing in one of the most beautiful theatres in Minnesota sat in the back of my brain, growing stronger every day until I found myself on the phone, accepting the offer to direct. I’m honored and thrilled to be writing this at the halfway point of our rehearsal process, exactly one month before we open this smart, incredibly funny show. 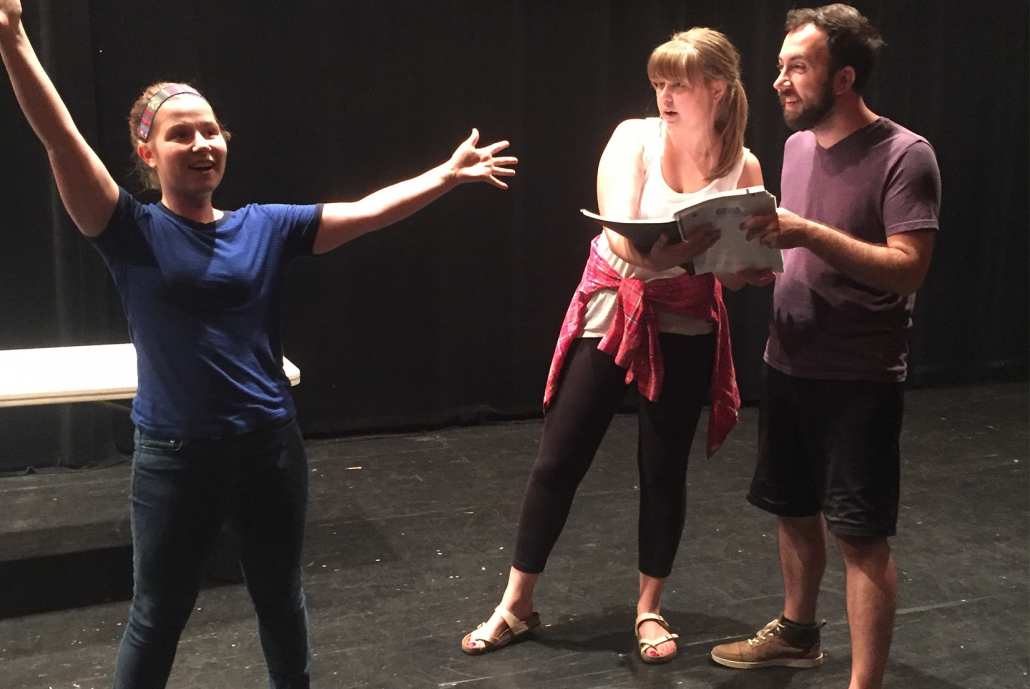 It’s been 7 years since I was last involved in a Phoenix show – last seen as Robbie Hart in The Wedding Singer the summer after my freshman year of college. What I’ve enjoyed the most is the realization that not only have I grown up as an artist since I was last here, but so has everyone I worked with before. When I first did Oklahoma at the Sheldon nine years ago, I had just finished my junior year of high school and Elle Mark and Cate Zenzen were maybe in middle school, if not elementary school. It’s nothing short of delightful to work with former castmates and see how their talents have developed – Elle is now choreographing the entire show and Cate is assisting as dance captain. We have a shared vocabulary to fall back on and working collaboratively to build scenes and dances together has challenged all of us to be our best and expand on each other’s ideas.

“The cast is beyond talented and I am so happy to lean forward in my seat and watch them on stage every rehearsal.”

This summer has an incredible mix of Phoenix veterans and newcomers to the Sheldon stage. The cast is beyond talented and I am so happy to lean forward in my seat and watch them on stage every rehearsal. My way of directing is helping to shape and guide scenes, but also empowering the cast to trust that their instincts are right. We are so lucky to talk about this very serious issue – water conservation and water safety – through a hysterical satire of musical theatre. Musical theatre fans will see hints of other shows and musical theatre tropes – Les Mis, Fiddler on the Roof, Rodgers and Hammerstein classics, the love duet between the young ingenues, group gasps, and a narrator that loves to break the fourth wall. Urinetown is a true ensemble show with a cast full of talented performers singing, dancing, clowning, acting, and sharing the stage with a fabulous band under the direction of Rob Schmidtke. 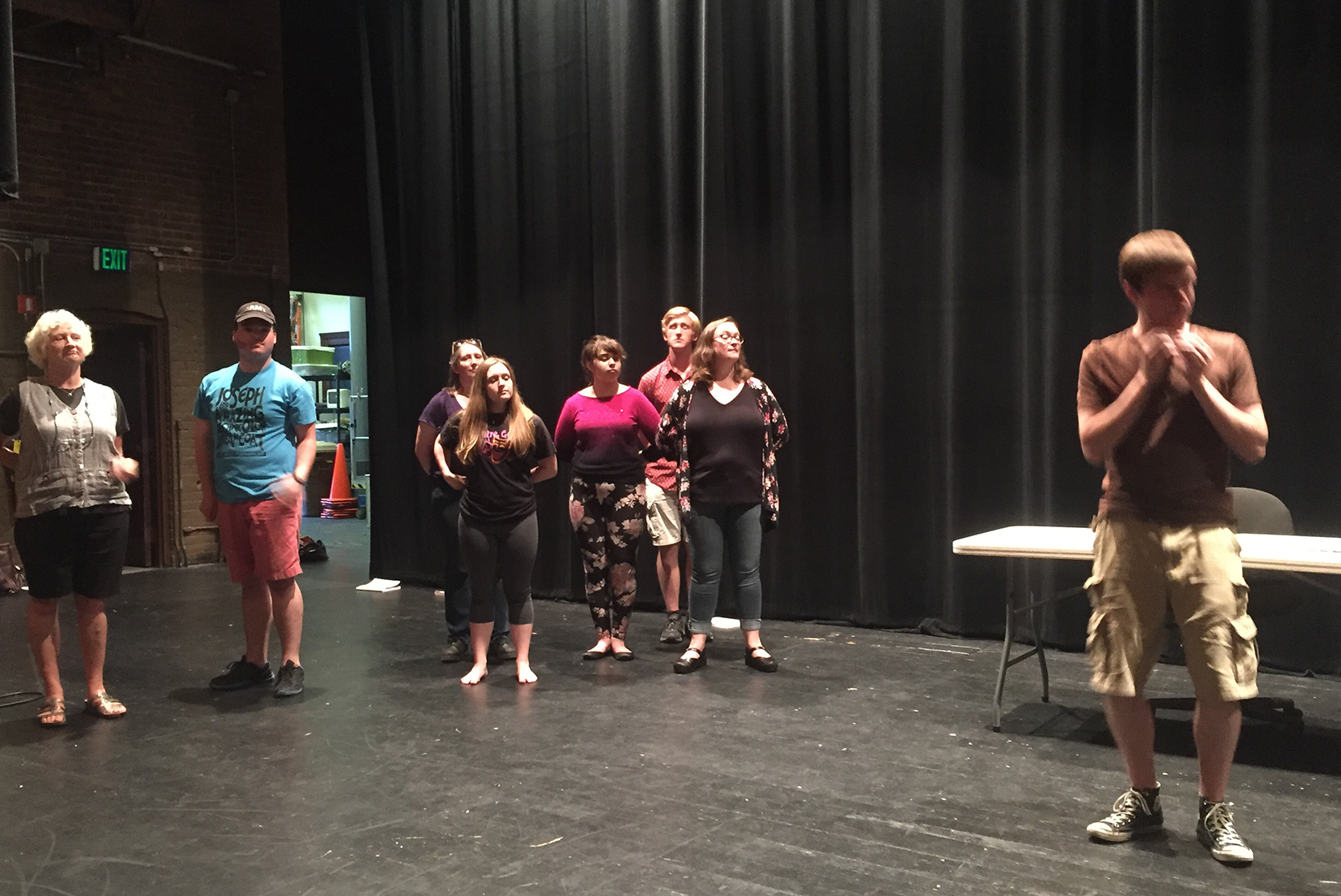 My hope is that audiences walk away from this show having seen a lot of jokes (some of them VERY ridiculous – actual toilet humor) and also a true community. Urinetown is a show about a town struggling under oppression where even getting to pee is a privilege – what happens when they decide to unite and act as a unified voice of concerned citizens? That’s where the magic of summer community theatre musicals hooks me. It’s about the group and the ensemble. Yes, I am in the director role, but we are all here to tell this story together. I hope you join us – it’s been a delight to be back home at the Sheldon and I’d love to see you opening night

The Truth is not an Easy Thing
Scroll to top