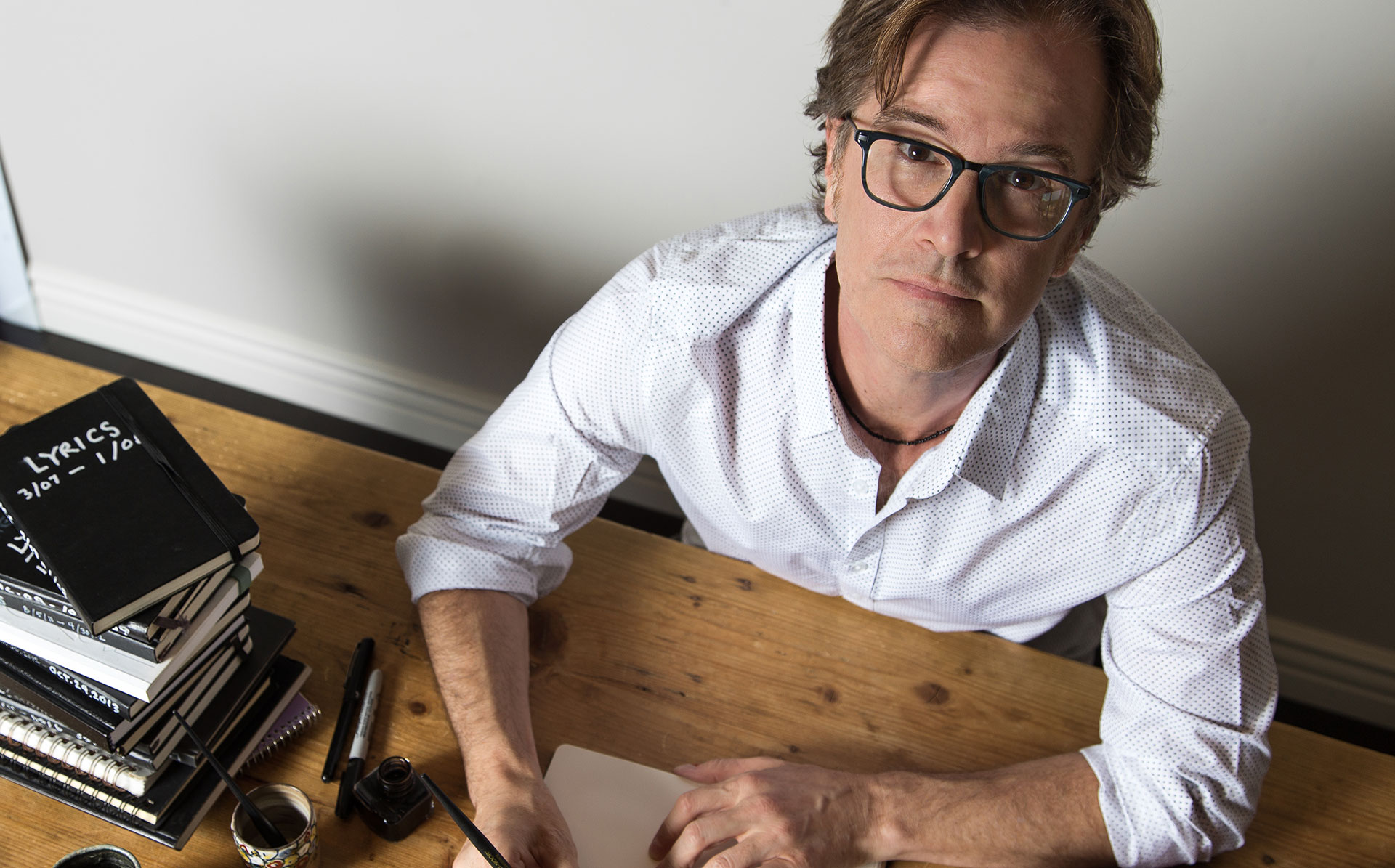 “Words & Music by Dan Wilson” is an evening of songs and stories which pulls back the curtain on the art of songwriting and the creative process. Between stripped down renditions of modern-day classics he has written on his own and with collaborators including Adele, Dixie Chicks, and Carole King, among many others, Grammy winning singer-songwriter, producer, and Semisonic front man Dan Wilson shares his insights into writing and tells the stories behind the songs, including some of his most successful collaborations.

In August 2017, Wilson released his fourth solo album Re-Covered, a collection of his reinterpretations of songs that he wrote for and with other artists, for which he also wrote and illustrated a deluxe book/CD, including session stories and songwriting tidbits.

Wilson is a significant figure in the Minnesota music landscape. He is a multi GRAMMY-winning singer, songwriter, producer, and visual artist now based in Los Angeles. His long songwriting resume includes three modern classics: “Closing Time”, which he wrote for his band, Semisonic, “Not Ready to Make Nice” (co-written with Dixie Chicks) and “Someone Like You” (co-written with Adele). Prior to his time with Semisonic, he was a member of the band Trip Shakespeare, whose long-haired psychedelia influenced a generation of Midwestern bands long after their breakup in the early 90s.

Since Semisonic, Dan has released four solo albums and has become a highly sought-after songwriting collaborator, perhaps due to his slow-drip brew of philosophic and artistic seriousness, dry Midwestern humor (well-known to his live audiences,) and songwriting, performing, and production skills. He has written with and produced a diverse group of artists including Adele, Dixie Chicks, Chris Stapleton, John Legend, The Head & The Heart, Dierks Bentley, My Morning Jacket, Keith Urban, Carol King, Spoon, P!nk, Taylor Swift, and many others.